How EW Group Made It Happen! 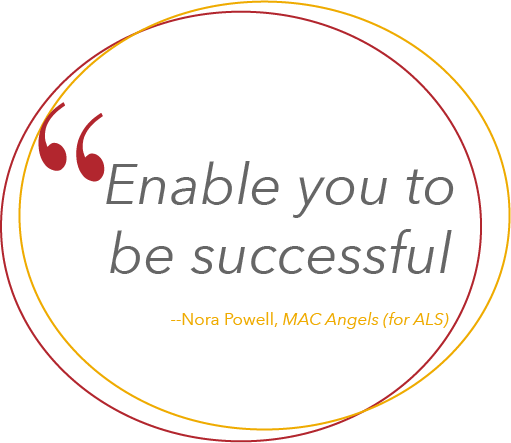 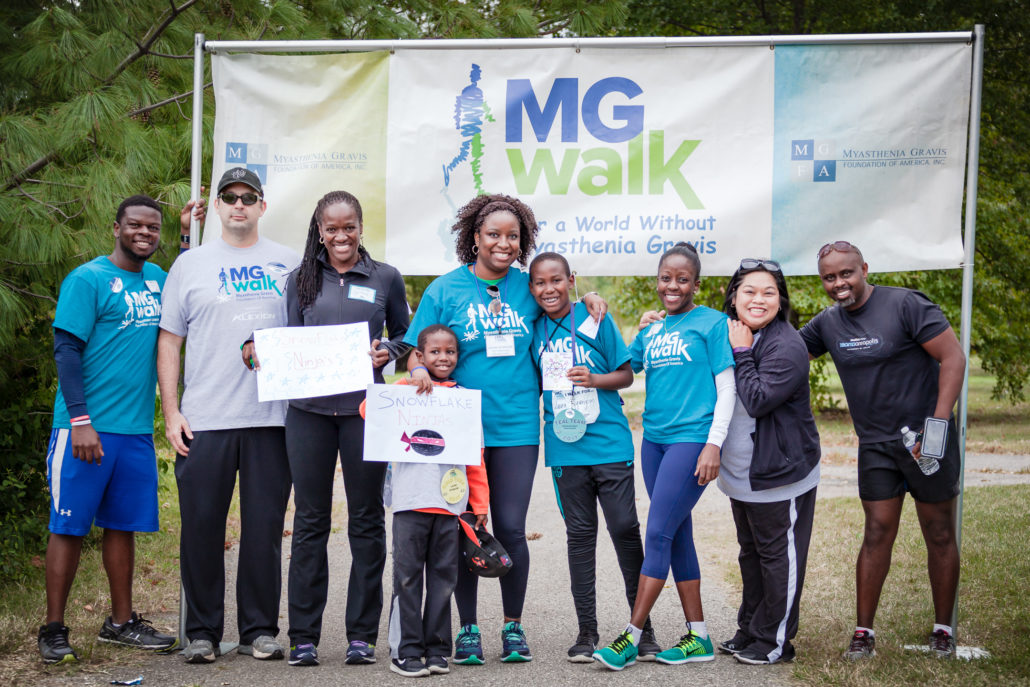 EW Group was instrumental in the conceptualization, development, daily management and overall implementation of the MG Walk. This Campaign was created by the Myasthenia Gravis Foundation of America (MGFA) as its first-ever national fundraising and awareness event. The results of the MG Walk over its first 8 years were unparalleled for the organization and its constituents and included 30,000 registered walkers at 35+ annual events, more than $6 million raised, significant advances in MG research, the introduction of new drug therapies, local support group growth and the letters “MG” were more recognized than ever before! 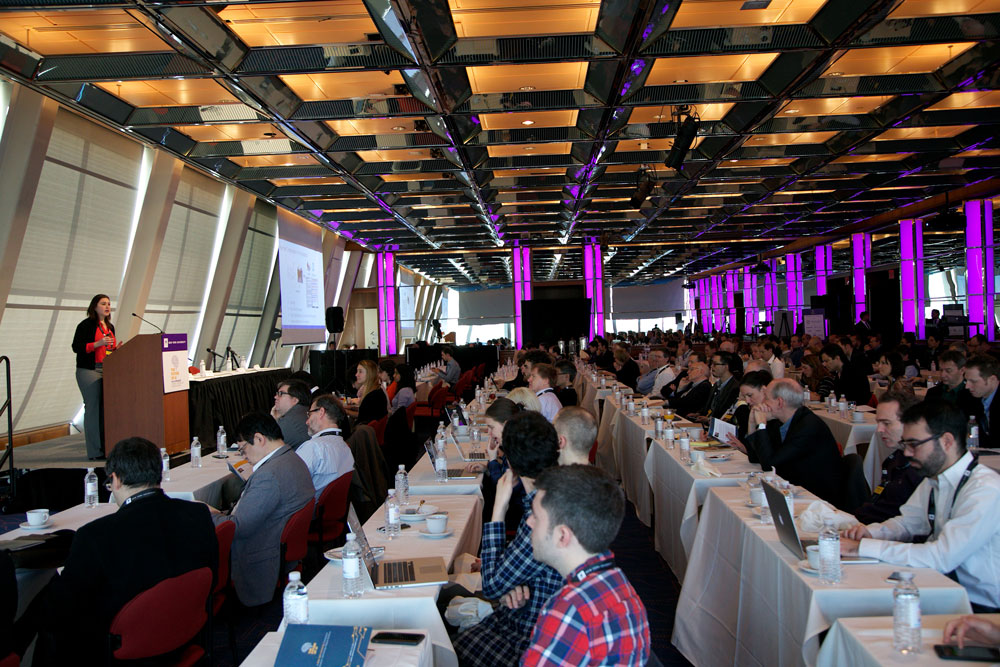 The Federal Aviation Administration and Northrup Grumman hired EW Group to manage the Airspace Redesign Project for 10 years. The locations spanned from Newburgh, NY to Philadelphia, PA and included other US cities like Cleveland, OH and Salt Lake City, UT. EW handled everything from marketing and venue management to meeting facilitations and crowd control and all details in between. By partnering with EW Group, the FAA was able to produce an extensive Environmental Impact Statement (EIS) that legitimized the Airspace Redesign Project, addressed public concerns and allowed implementation of the Project around the country. 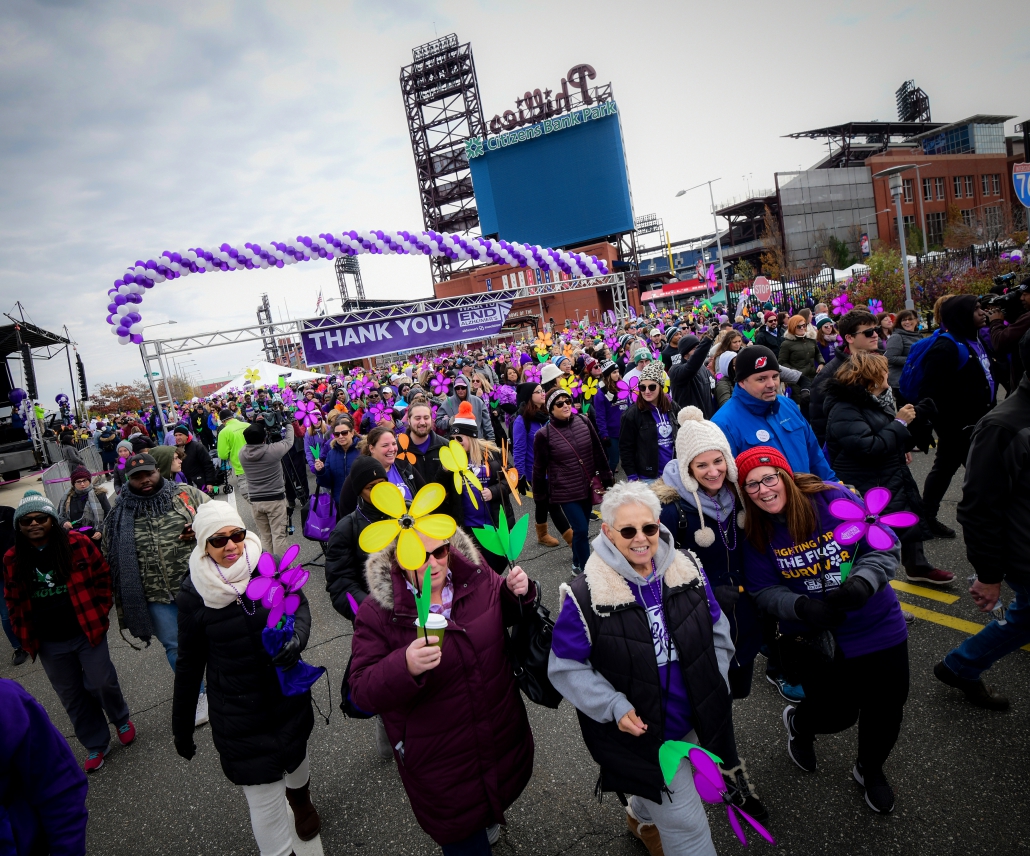 In 2019, EW Group was proud and privileged to have managed the logistics and operations for 15 Walks to End Alzheimer’s, which took place in various cities throughout the United States. EW helped organize all of the event aspects for more than 25,000 walkers, which included the coordination of local officials, sponsors, vendors, venues, signage, parking, crowd control, refreshments, stage production and route control. As a result of EW Group’s handling of the Walk logistics, the Alzheimer’s Association staff were better able to focus on their mission to maximize fundraising and the cultivation of their constituents. These 15 Walks raised a combined $5+ million for the fight against alzheimer’s. 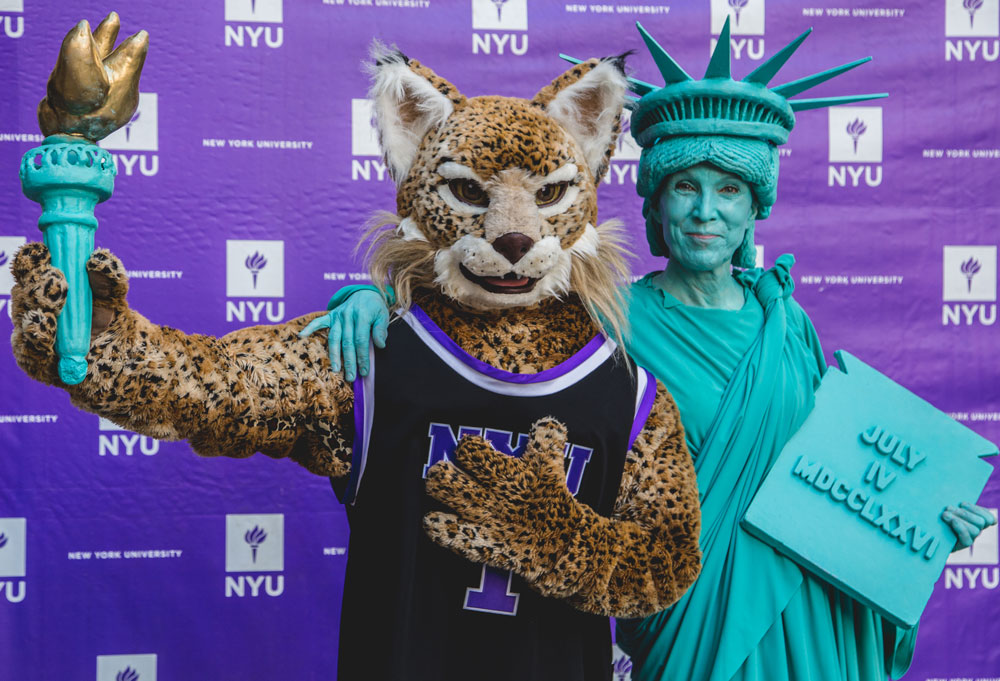 When New York University wanted an entertaining and memorable event managed for new graduates and their families, they knew who to call…and for 21 straight years, EW Group has delivered! We work closely with numerous NYU departments, including the Office of University Events, Dining Services, Campus Public Safety and Building Management to coordinate the planning and the infinite number of details that come with executing a 15,000-person party in the biggest city in the world. From intense logistical challenges through live music and vendor/personnel management, we continue to produce a flawless product year after year. AND our work doesn’t stop on Tuesday evening as EW Group also plays an integral role the next morning for the production of NYU’s Commencement Exercises at iconic Yankee Stadium with 30,000 grads and their families. 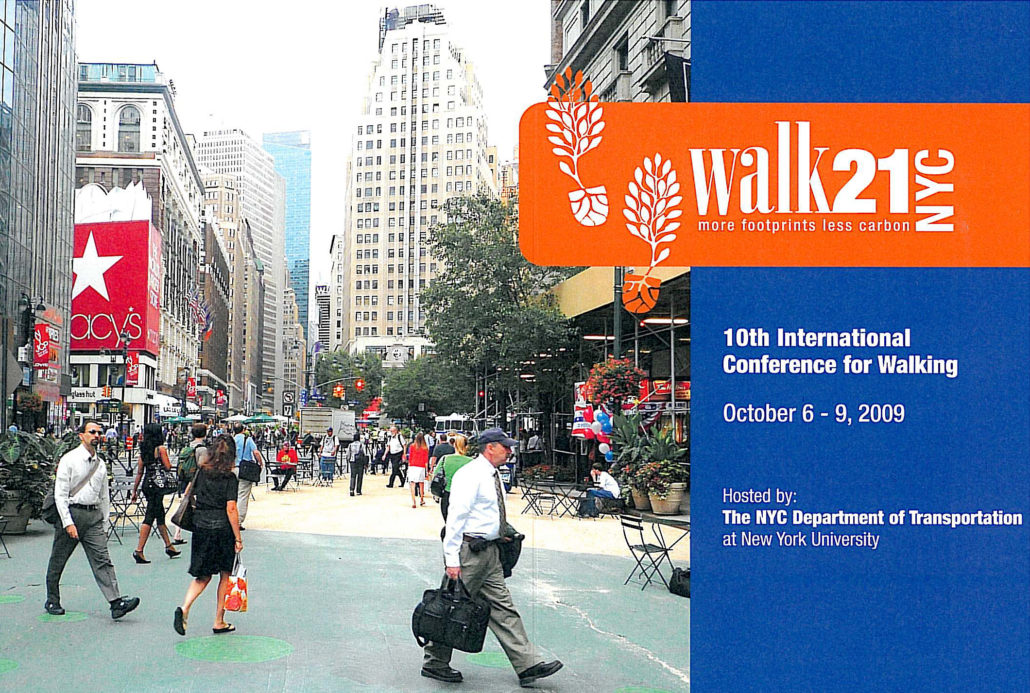 The New York City Department of Transportation needed an experienced partner to facilitate all aspects of their international Walk21 Conference, which exists to champion the development of healthy, sustainable and efficient communities where people choose to walk. EW Group was hired and tasked with managing this multi-day conference, which included creation of materials, venue selection, layout, all food and beverage, speaker and program management, off site activities, hotel arrangements and around the clock day-of-event management. for each day. The Conference set new records for attendance, with nearly 700 delegates over the week, including many of the world’s top urban planners, leaders and visionaries. 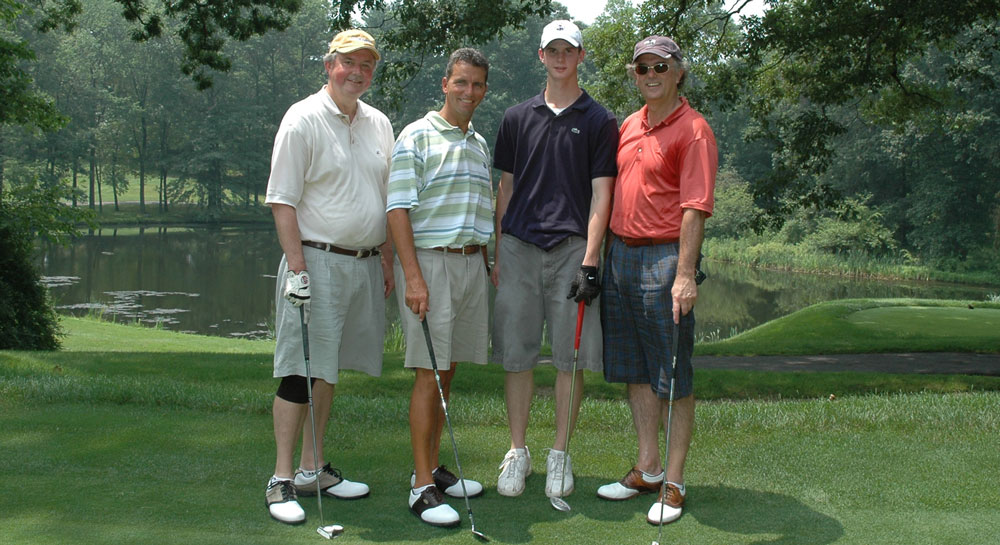 When Concern Worldwide asked for help coordinating one of their largest annual fundraisers, the Aengus Finucane Memorial Golf Tournament, EW Group jumped at the chance. Over time, this very successful Outing expanded to two separate golf clubs, Woodway Country Club and Wee Burn Golf Club, which meant double the logistics and coordination efforts. EW managed all the numerous “pre” and “day of” event logistics. With EW’s partnership, Concern Worldwide raised more than $3 million for their mission of providing vital support around the world. 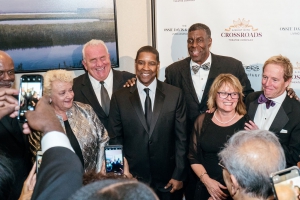 Crossroads Theatre Company had the remarkable opportunity to honor Denzel Washington in conjunction with a fundraising Gala and Performance that would benefit the New Brunswick, NJ-based Theatre. Following an intense RFP process, EW Group was thrilled to have been selected as the project manager to help create, develop, fundraise for and manage all logistics & production of this extraordinary event, A Night with Crossroads. The event included numerous planning and production components including venue selection and negotiation, performer/celebrity research and selection, recruitment of sponsors and fundraising guests, planning and implementation of multiple upscale dinner receptions, ticket sales and a two hour, star-studded performance. The highlight of the event presenting Denzel with the inaugural Ossie Dee and Ruby Davis Living Legends Award. Nearly 1,000 guests attended A Night With Crossroads with more than $500,000 raised for Crossroads Theatre Company. 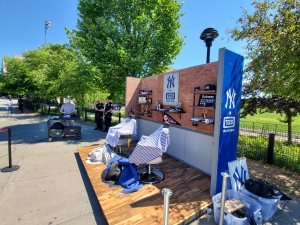 The YES Network approached EW Group with the concept of “Buzz in the Bronx”, an experiential marketing campaign that would allow their on-air personalities the opportunity to interact and engage with their viewers…past and potential, while promoting their TV platform. EW Group immediately embraced the challenge and quickly got to work! Relying on their excellent relationships around the City and similar promotional event experiences, EW Group enabled the YES Network to successfully launch their first ever live event and on-site activations. 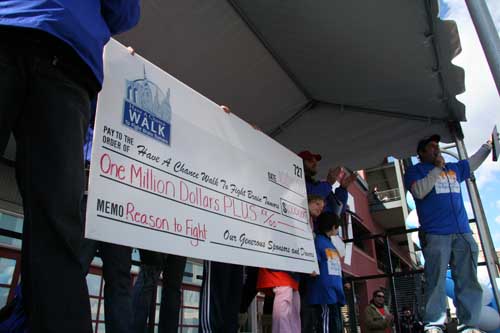 The Have A Chance Walk was the creation of EW Group in response to a family in need, who tragically lost their son to a brain tumor. Prior to the event, there had been no formal fundraising efforts dedicated to raising funds for brain tumor awareness and research. The client’s goals were modest but still impressive for a new charitable organization…500 walkers and raise $250,000. With a limited constituent database and no event history, EW Group’s leadership and tireless efforts enabled the event to register for than 2,400 walkers, attract 150 teams and raise $1,055,000 in its inaugural year! 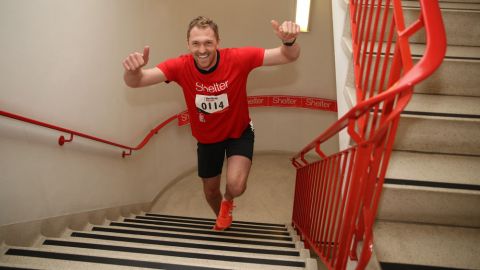 InMotion needed a team to create and produce a unique (and their first) peer-to-peer fundraising event and EW Group was more than up to the challenge. EW designed a stair climb in one of the many incredible skyscrapers of New York City — where 1,000 participants climbed 44 flights of stairs while raising vital funds for charity. Creating and producing this unconventional, fundraising event…indoors…brought on numerous logistical hurdles; however, this inaugural event went off without a hitch with more than $750,000 and event participants that were greeted with an extraordinary view of the Manhattan skyline upon their rooftop finish! 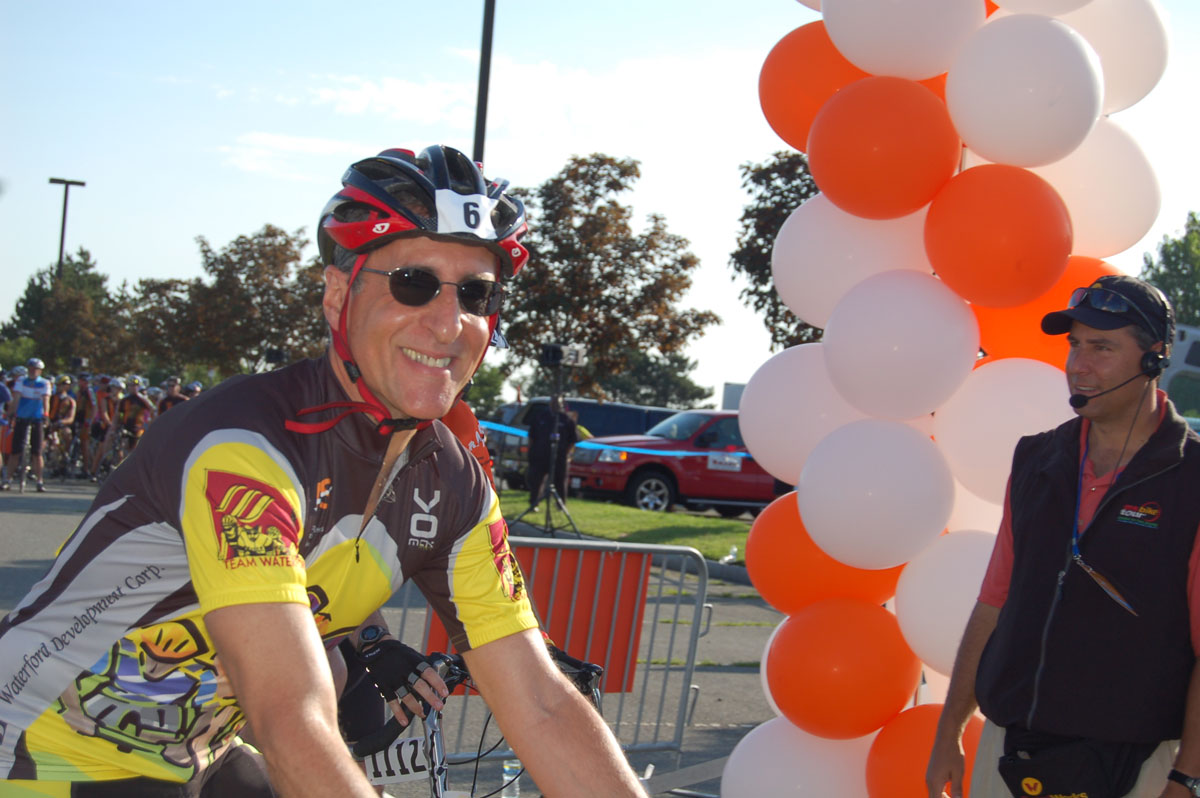 Rich Mauch was instrumental in the creation, management and growth of this National Multiple Sclerosis Society (NMSS) fundraising cycling event in the early 1990s that would ultimately become the largest one-day charity bike tour in the country. With 5,000 cyclists at its peak, today it still raises more than $2 million for NMSS annually. This undertaking required the coordination and cooperation of numerous NYC and NJ agencies and authorities to close down city streets, highways, bridges, the Holland Tunnel and the FDR Drive. The NYC MS Bike Tour is the perfect example of what EW Group can do to push the limits of what an event can be and help bring significant ROI to an organization. 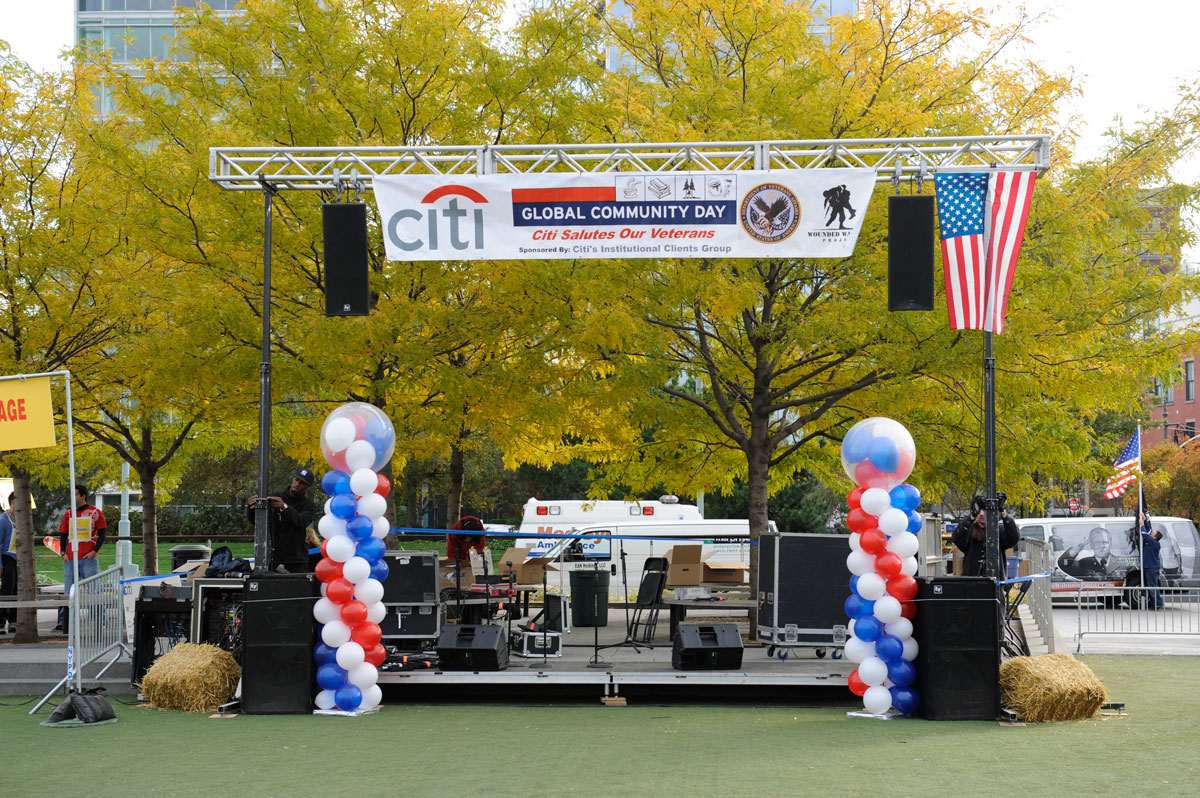 Social responsibility plays a vital role in showcasing the good done by some of our country’s largest companies, and EW Group was tapped by Citibank to plan and execute their largest Global Community Day (of 250 cities around the world) in New York City. The core objective was providing a day of fun and giving back, where Citibank employees and their family members could simultaneously volunteer their time and talent to make a difference in the communities where they live and work. This event resulted in millions of dollars raised for local charities, including: World Food Programme, Wounded Warrior Project and New York Police and Fire Widows’ and Children’s Benefit Fund. 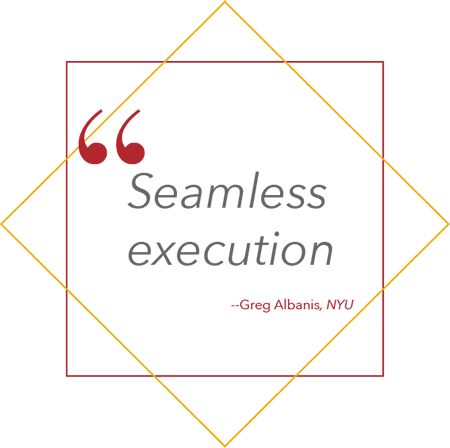